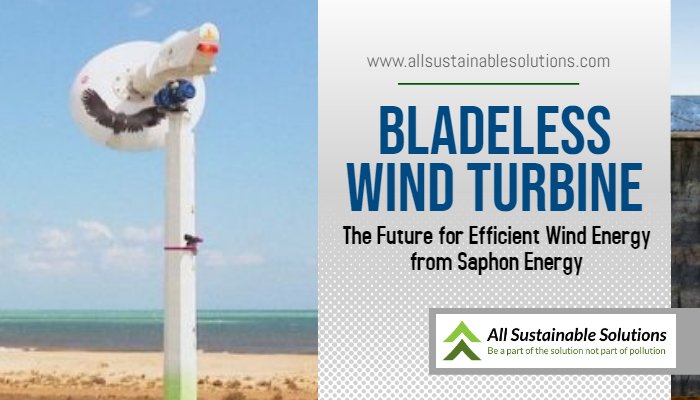 Wind energy has been used since ages to provide energy. The earlier used process was a wing rotating in the air to generate electricity. To produce sustainable, non-polluting, and cheap energy, wind power is the best solution (Bladeless Wind Turbine). The wind is available free of cost, in abundance, is clean, and is renewable, unlike fossil fuels. Shifting to renewable energy is essential to answer the indefinite and humongous need for energy while addressing climate change and pollution levels.

Need for a new efficient source of energy:

Fighting global warming is going to cost more than $45 trillion to halve carbon emissions by 2050. With the ever-growing population and consumerism, the need for electricity will continue to increase. For producing the required electricity, the cheap and renewable source will be required. Thus wind energy can be used as its pollution-free. Saphon energy aims to provide new cutting-edge technology for generating electricity for the betterment of humanity. The motive of Saphon was not intended to improve the current wind turbines technology but to challenge the old traditional method and develop a radical new way of harnessing the wind.

What is a bladeless wind turbine?

A Bladeless wind turbine is a wind turbine that works without blades nor gears or shafts. The phenomenon of Saphon is based on the fact that it is not even a turbine, as it does not rotate. It works on the science of aeroelastic resonance, harnessing energy from the emission of movement.

Saphonenergy had an idea that evolved over the years and resulted in a promising product. The basic idea that led to innovation was to remove the whole rotating blade (blades and hub) and use a non-rotating sail-shaped body. The design went through changes and finally resulted in the Saphon zero blade technology. The wind converter is bladeless, rotation less, and follows rather than a back and forth 3D knot motion as in sailboats.

How does the bladeless wind turbine work?

The Saphon turbine implements the patented “zero blade technology” to harness the wind’s energy. The technology works by channeling the wind in back and forth motion until it is converted into mechanical energy using pistons. The pistons work to produce hydraulic pressure that instantly converts to electricity via a hydraulic motor and a generator or stored in a hydraulic accumulator. The Saphon saves in the manufacturing as there are no blades, hub, and gearbox as required in a traditional wind turbine. Sail shaped body replaces the blades in the technology, and both hub and gearbox are removed.

The reason that leads to any innovation is the limitations of the previously used technology. The traditional wind turbines had a few flaws, which the Saphon turbine overcomes.

Benefits of the bladeless wind turbine:

Precaution while incorporating the Saphon turbine:

For converting the hydraulic power to usable power, there will be a storage grid requirement, which will need additional investment. Therefore the total amount that needs to be invested should be analyzed before incorporating the device. Also, the cost of maintenance of the sail-shaped structure has to be considered before investing.

The limitations of the Saphon zero blade technology

The Saphon bladeless wind turbine is indeed a phenomenal breakthrough technology in the field of energy generation. However, there are few doubts or disadvantages that are revolving around it.

Firstly, the most significant disadvantage is the prototype phase. There is a lack of information regarding the product, and the Saphon energy to date has not clarified how they will conduct the experimental tasks. Although the model is the third prototype model being made by the company. The company has continuously strived to achieve success and perfection in each of its models. Importantly the model is in its initial stages and yet not available for the end-users. Thus this is the prime reason for not having ample information about the product.

Thus the method itself used to formulate the technology is wrong. With the wrong formula, the making of the correct technique is not possible. The wrong formula thus makes the people and the investors more doubtful about the Saphon turbine.

The Betz Law is based on the flow of wind, the number of blades, and air characteristics. The changes made to the components and the assumptions of the Betz Law have altered. Saphon energy created, and the efficiency levels acquired through experimental tests. Betz Limit claims that a wind turbine cannot achieve more than fifty-nine percent efficiency. But as per Saphon wind turbine, it is stated that over eighty percent of wind efficiency is produced.

The most critical area of doubt that is revolving around Saphonwind turbine is the mere fact that they have not given complete information with detailed statistics and charts regarding the working of the turbine and its claims regarding the breaking results. Owing to a lack of knowledge, people have claimed it to be false. The fact that the company has always stunned all with breakthrough innovation, sit is expected that even zero blade wind turbines will be a masterpiece.

The team working behind Saphon Energy is highly accomplished and incredibly talented and comes from a solid background from their respective fields. The team of engineers working to evolve the technology command strong credibility in the field of scientific engineering. Owing to the history of the company and the brain behind it. It is believed that the turbine’s test results will be adequate and useful for the end consumer.

For the betterment of humanity, it is essential that better, safer, more efficient, less harmful for the environment, and viable sources of energy are used. Wind energy generated with Saphon zero blade fulfills all the criteria and proves to be a breakthrough innovation.

For any queries or to be a part of the revolution by adopting zero blade Saphon technology, please drop a mail at info@saphonenergy.com or call

Or write to them at